My trip to Denmark broke the trend of travel excursions as for the first time in 3 years I traveled during school term time. Given my current workload, a weekend away probably didn’t  seem like a wise move, but I came back feeling refreshed, motivated, and, most importantly, Christmassy.

I initially met Sam in Tel Aviv in the Summer and she since moved to Norway to continue her studies. We stayed in contact since the Summer and she expressed her desire to visit Copenhagen before Christmas. As it is somewhere that I wanted to visit too we decided to go together and found a weekend that suited us both.

My flight left Gatwick just before 5, meaning I had to leave work earlier than normal to make the plane. This was the first time that I have benefited from living on Gatwick’s doorstep as I have usually travelled from Luton or Stansted.

Upon arrival in Copenhagen I had the task of finding the Air BnB apartment Sam and I had booked out. Sam arrived in Denmark about 5 hours before me so I was very conscious that she had been waiting around for a while. 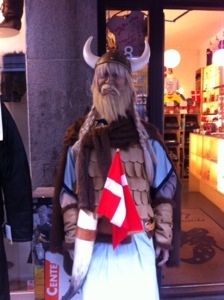 Despite my eagerness to reach the centre, I ended up jumping on a train instead of the metro (oops). I actually believe I would have ended up in Malmo, Sweden had I not realised soon enough.  Eventually I did get on the metro and reached our station in very little time. Copenhagen is one of those handy cities where the airport is close to the city itself.

By the time I reached Sam it was already very cold and dark. She had waited patiently in the apartment but we soon headed out towards the centre to find a place for food and a drink. By the time we found somewhere it was nice to get inside as the temperature had dropped dramatically since I got on the plane in England. Once we were in one pub we didn’t move. 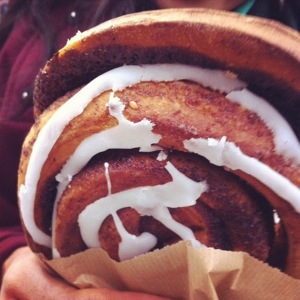 The next morning we dragged ourselves out of bed and put on multiple layers in preparation for a cold day outdoors. We visited the nearby bakery for a Danish Pastry breakfast and strolled in to the main city. We were initially greeted with some carol singers in-front of the town hall before walking up the lively main shopping street and onwards towards the Nyhavn canal street. This was a nice area lined with multicoloured houses.  What’s more, as we continued along the canal we seemed to loose the crowds and ended up freely walking alone. This was probably because of the wind chill factor as we got closer to the river.

Eventually we reached ‘The symbol of Denmark’ which lay on a stone just inside the river. ‘The Little Mermaid’ sat on top of the stone as a reference to the Danish author who wrote the story (I, quite ignorantly as a primary school teacher, didn’t know this). It was at this point that Sam and I took advantage of the hot chocolate van that stood beside the Mermaid. We had to drink it quickly as it became luke-warm almost immediately. 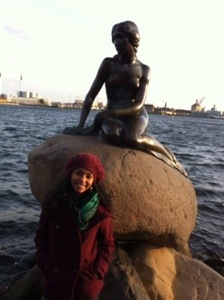 Our next stop was the royal palace. Sam was particularly excited about this as the Danish prince had married a Tasmanian lady and Sam felt some affiliation to her for that. We had a brief conversation with one of the beef-eater guards, but remained wary that he was a young boy with a gun. 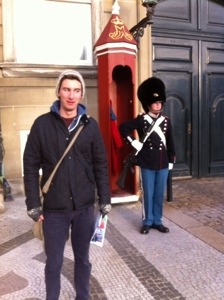 Inside the museum of the palace we were told to wear plastic over our shoes as we wondered around trying to find out information about the Danish royal family. Neither of us had done the necessary research beforehand were a bit lost as a consequence.

We remained on foot as we headed towards the Botanical gardens (which we either didn’t find or missed them) and eventually got the metro from Norreport to Christiania. Sam had been informed by her mum to be weary of Christiania as she had seen some dodgy things happen there. Initially we saw nothing of the sort.

Indeed, we were pleasantly surprised by our first impressions of the area around Christiania. It started well when a man at The Church of Our Saviour informed me that Arsenal had beaten West Brom. We then climbed our way to the top of the church spire where we were able to watch the sun set over Copenhagen. We had been walking all day, but I was loving every bit of it – and the Church of Our Saviour was the pinnacle of the daylight time.

It was to get even better from that moment on.

We then entered the Freetown of Christiania, an autonomous neighbourhood in Copenhagen where photos are banned and all sorts of drugs were freely sold in the streets. Bins were lit with fire to keep the compound warm but the place had real character. It felt odd stepping from the squeaky clean and quaint Copenhagen streets to the hippy free-town. We could now see what Sam’s mum was talking about but really enjoyed seeing Copenhagen in a new light.

Once we left Christiania we decided to walk back to the main square in preparation for an evening at the Christmas market (what we had both been really looking forward to). I wrongly sent us in the wrong direction for a few minutes, which only added to our hunger since we hadn’t eaten since our pastries in the morning.

We found a cosy restaurant where traditional Danish food was served (both Sam and I appear to share the same values for food when travelling). We both tried dishes that we deemed appropriate given the location….and also made sure we chose food that would be served warm. Very impressive food! 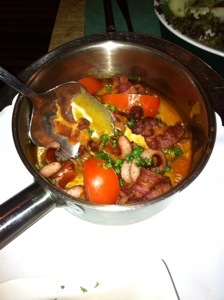 It was now time for us to enter the Trivoli Market. Everyone that I had spoken to about Denmark expressed their envy about visiting a Danish Christmas Market.  I fact, it appears to be a new trend for people in England to visit Christmas markets in Northern Europe. From my experience in Denmark I can see why – Winter Wonderland in London has nothing on Trivoli. 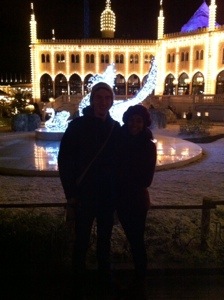 We entered the market through the archway illuminated with Chirstmas lights and wondered amongst the magical sights, sounds and smells of Christmas. It has been a while since I have experiences the ‘Christmas Spirit’ but I really began to feel it again. The market was, dare I say it, very romantic and we spent a lot of our time looking at the lights and sitting drinking mulled wine. In fact this was the ultimate Christmas experience. We sat beneath a heater, covered in blankets and drinking mulled wine. 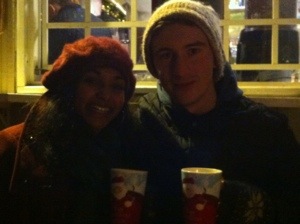 After a couple of hours in the market we called an end to our long day in Copenhagen with a list of sights remaining on our to-do list for tomorrow. 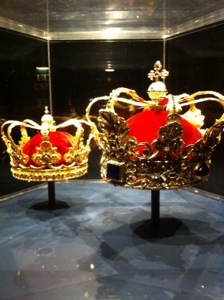 We made an effort to get going early the next day and found ourselves at the Rosenborg Castle viewing the Crown Jewels before midday. Sam very rebelliously decided to go through a barrier to see what was being hidden only to be court by a guard who sent us on our way. 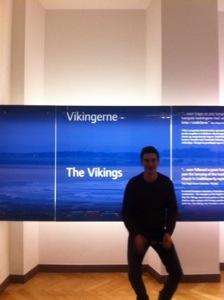 We then walked towards the Danish history museum. I am teaching a unit on the Vikings to my children and wanted to gather some knowledge and resources for my lessons. When I asked the the lady at reception for information about Vikings I was met with a very stubborn response: ‘There is more to Danish history than Vikings’. I now realise that asking the Danish about Vikings is like associating English history entirely on the reign of Edward VIII. 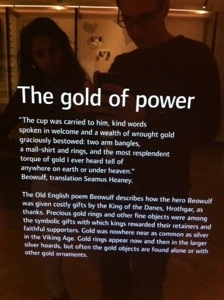 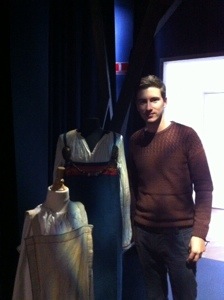 We stopped for yet another drink before making our trip to what we thought was the Carlsberg musuem but actually turned out to be a museum called Carlsberg. Very confusing.

Instead we visited the Hans Christian Anderson museum where we learnt more about  The Little Mermaid, Thumbelina and The Ugly Duckling before catching a bus to the actually Carlsberg Museum on the outskirts of town.

Having visited the Heineken and Guinness museums before I was expecting something similar from Carlsberg. However, this was almost deserted of people and much further out of the way than we expected, almost hidden. Still, we were given 2 beer vouchers as part of our entry and we enjoyed our experience there so much that we may have gained a couple of glasses out of it.

It was then time to wonder back to our apartment one last time to pick up our bags and make a short trip back to the airport. My flight left about 2 hours before Sam’s but we went together anyway.

We went our separate ways after a brilliant weekend in Denmark aided by fantastic company. I now feel very ready for Christmass