It was hard to leave the beauty of Goa behind, especially with the contrasting reputation of Mumbai ahead.

However, we had long awaited a cross country train trip in India and the route between Goa and Mumbai is said the be one of the greatest.

We arrived at the train station an hour prior to our 9am departure. As expected, the train was slightly delayed. This didn’t really matter as we were in no rush and knew we would be on the train all day regardless. 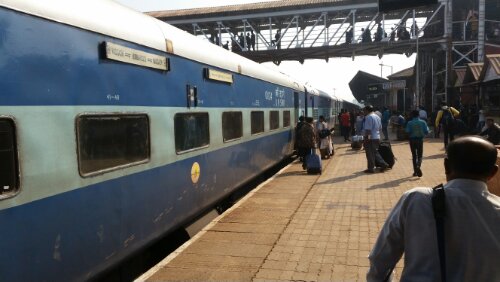 To our surprise the train was not heaving and for long periods of our journey we had a cabin of 6 beds between the 2 of us. We initially sat on one bed beside the window and took in the changing scenery as we moved through Goa. It is probably needless to say but the quality and speed of the train bears no comparison to China and Japan. In fact, it was more like an English train speed. But the sights beyond the train were far better than any I’ve seen in England.

We have both recently discovered that we have been conditioned to sleep when we feel transit. This is a blessing when we are genuinely tired, but a hindrance when you just want to sit and look out of the window.  As a result, we slept a lot of the journey and missed a lot of the terrain as a result.

During bouts of sleep we did wander the train and took advantage of the open door policy of the train to stick our heads out and enjoy the breeze, with the added ingredient of danger. 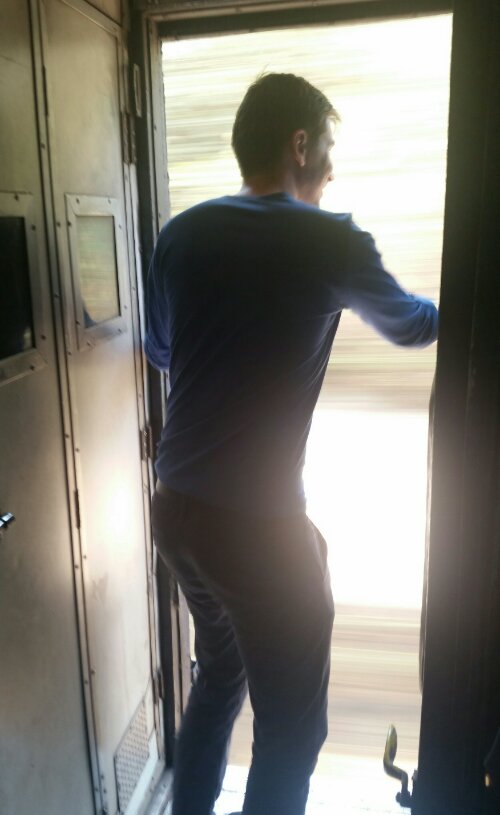 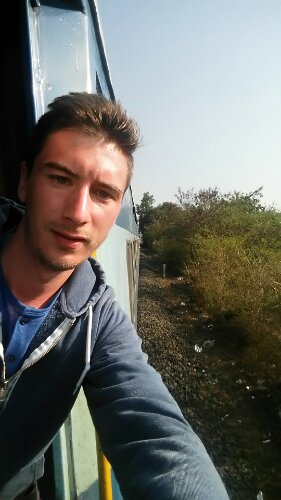 At several points on our journey we were joined by a little rat who decided to call our carriage his home.  His size made him less frightening but his very presence should probably have been a concern.

As the day wore on the sky changed colour:  first pink, then golden, before blackness marked the end of our trip and our arrival in Mumbai (Bombay). 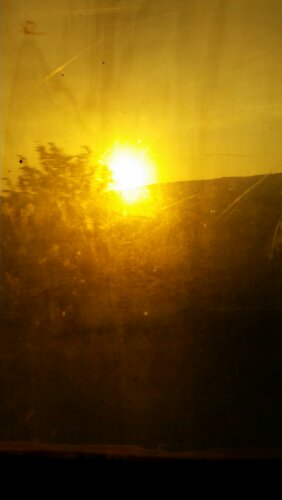 In our haste to book cheap accomodation we found ourselves on the outskirts of what we later found out to be a massive city. The first of our tasks the next morning was to work our way to the very edge of the city,  where the gateway to India is situated, on the coast.

In order to do so we had to board another local train. We joined the local commuters where we initially thought we might have to be separated because of the ‘women only’ carriages. Fortunately Nicki was allowed to join me and the women only carriages are only really by choice and/or religious reasons.

Once again there were no doors on the trains and people were jumping on moving trains to get a lift. As if it were needed, there were even signs recommending people to avoid sitting on the roof of the train. 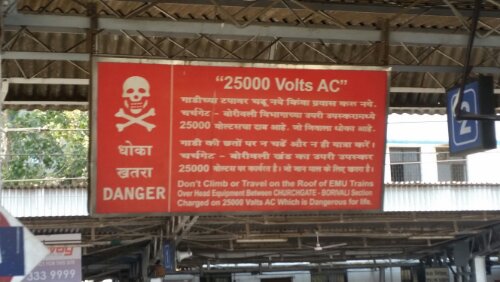 We stayed on the train for about half an hour before reaching the coast which gave us an opportunity to swing out of the door of the moving train once the commuters had alighted.

Mumbai is a noisy place. It is very crowded and we saw slum areas throughout the city.  However, the coastal area looks nice and there were areas where the crowds were thinner. 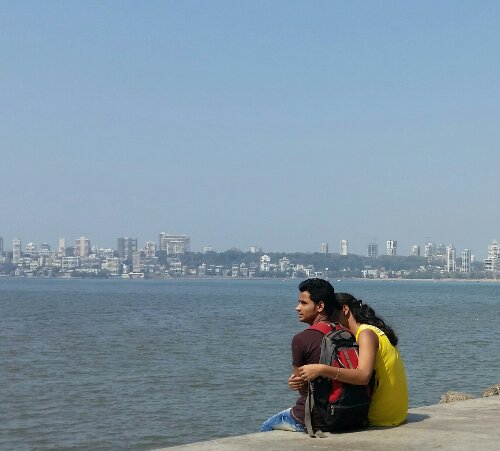 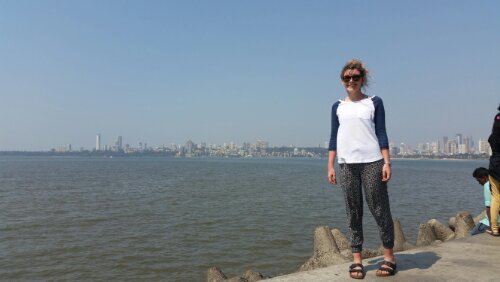 We worked our way towards the famous gateway. We have also taken advantage of the presence of Cadbury’s chocolate here by eating some at every opportunity, which we did here.

It was quite an impressive monument, described as ‘Bombay’s Taj Mahal’, built to commemorate a royal visit over 100 years ago.

We then wanted to take a boat to a nearby island where there were several stone carvings,  but refused to do so without suncream (given our recently failure in our battle against the sun in Goa).

Eventually we did board a boat to Elephanta Island and were glad of our sun cream. 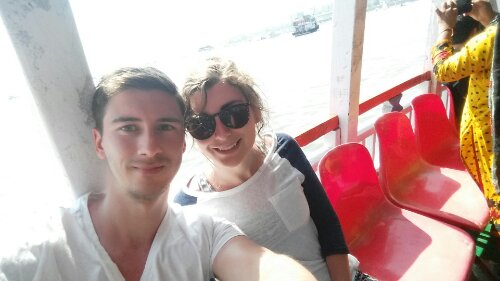 The island was not what we had prepared ourselves for. We were greeted by several cows, who lined to streets, street sellers and a few monkeys.

The site carried a foreigner fee of £2.50 and a local fee of 10p.  However, the man at the ticket desk gave us a small discount in exchange for not giving us a ticket (which meant our money probably went straight into his pocket and we were never really officially there). 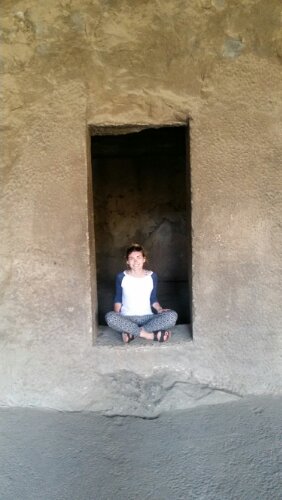 The stone carvings on the island were very impressive and some were maintained well. But our attention was constantly taken towards the monkeys who roamed freely. We spotted a monkey looking in people’s hands as they walked past.  He noticed one man carrying a Coke bottle and he snatched it from his hands before sitting down, unscrewing the lid, and then drinking from it. It was very clever. We later saw one turn their nose up at a water bottle, and another open a ketchup packet only to get it all over himself. They certainly liked the sugar and were taking advantage of the huge litter problem.

We then returned back to the mainland by boat in order to enjoy the sunset at Chowpatty beach. Unfortunately, several things, including our irresponsible lack of water consumption, led to Nicki getting migraine. We returned back to get away from the noise and the crowds of the he city for the night and prepare for our morning journey to Udaipur.