Myanmar (Burma): Charm, friendliness, and a couple of bumpy rides.

Visiting Burma has been an ambition of mine ever since I saw the word ‘Myanmar’ patched on the back of an athlete’s jacket at the 2010 Asian Games in Guangzhou. It took a little Google to find out that I knew nothing about the biggest country in South Eat Asia. Both James and I considered, and ultimately decided against, going to Myanmar when we travelled in Vietnam at a time when it was just coming out of military rule. However, I finally got the chance to visit this month as Nicki found herself as intrigued about the country as I was.

In fact, we arrived in Myanmar during a time of change. Not only has the political climate in the country altered dramatically in recent years, but it is also now starting to open up to the world. This is a double edged sword, however. The increased tourism is a major boost for many people in the country, bringing in money that would not otherwise have been available. This has led to infrastructure developments and modernisation. However, people can be overheard stating that Burma is ‘what Thailand was 20 years ago’. Myanmar’s beauty attracts tourists, like Nicki and I, but one must fear that exploitation of it’s own beauty may lead to something ugly.

For this reason, we were glad to see the new Myanmar whilst it remains relatively unspoilt.

We in Yangon (Rangoon) mid morning following our pleasant China Southern flight. The airport, positioned slightly outside of the city, immediately stimulated comparisons with Goa. We initially felt glad that we were no longer amongst crowds (such is China), but a short taxi drive towards the city-proper and we realised that Yangon also has an extreme traffic problem.

We checked into our cute little hostel and had a short rest before embarking on a walk towards downtown, passing several young monks on the way. The city itself is very busy and heavily populated, and not that clean. People were friendly and I had to remind myself not to be too cynical about people being nice.

The downtown area is divided into straight narrow streets, each with their own character and identity. The buildings mixed between asian design and the remnants of British Imperial rule. In fact, there is still some Britishness about the Burmese. What also helped was that many of the people we met spoke English.

We tried some food in the downtown, keen to eat local delicacies before walking back towards the majesty of the Shwedagon Pagoda. Nicki had researched and discovered that the best time to see the pagoda was at sunset. She wasn’t wrong.

Because I was showing off my knees, I was required to wear a longyi when I entered the sacred Buddhist sight. This is a type of long skirt traditional to Burma. I read George Orwell’s Burmese Days whilst in Myanmar and longyis were a staple item of clothing for the characters in the book too 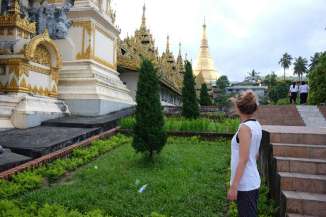 Anyway, the pagoda itself was a sight to behold. It was like a town of gold with the bell shaped pagoda right in the centre. As the day became night the pagoda looked even more fantastic. Many people were sitting (perhaps meditating), bowing or just staring in awe at it. We already had a highlight from our trip and it was only day 1.

The next day we explored more of the city, visiting a market, the disappointing museum and then enjoying some traditional Shan noodles (an ethnic group of Myanmar) at a small restaurant in the city (in fact, the restaurant was mainly full of foreigners like us).

We then had a night bus to our next destination: Inle Lake. We had initially decided to take 3 night buses to limit our hotel costs but the experience of the first one, twinned with the fact that we both had Burma Belly (don’t ask) and limited time in the country, meant that this was our only night bus adventure.

The journey was a bumpy one but I, quite guiltily, got a lot more sleep than Nicki and we spent part of our first morning in the town beside Inle Lake catching up on our sleep. This meant that the night bus wasn’t as time economical as we had hoped.

Before lunch we hopped on the bikes that our hotel had given us and cycled around a local village before making our way towards Myanmar’s best vineyard where we tasted the local wine whilst admiring the views over the hills and the lake.

We then cycled back to find the restaurant we were recommended to eat at had just burnt down. So we ate somewhere else.

The next day was the most exciting yet. We headed early in the morning towards the beautiful Inle Lake. In order to reduce costs we paired with an American couple with a story or two to tell.

A tuk-tuk took us to the lake where we boarded a long boat which would be our vehicle for the day. Both Nicki and I have been very conscious of the sun since embarrassing ourselves in Goa and we were careful to keep protected at the powerful Burmese sun pelted us. I even ended up with my longyi on my head.

The lake was amazing. We stopped off at a floating market where locals were buying their groceries, having haircuts or just having a natter with their cigars. Nicki boldly asked a few of the ladies if she could photograph them. They obliged. 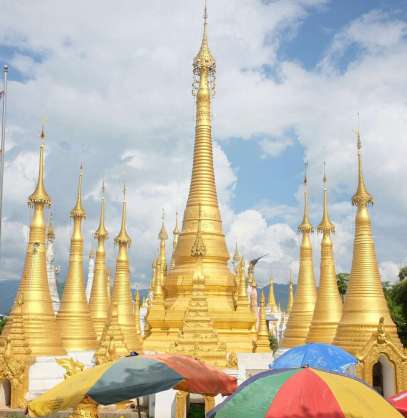 We then visited some silver workshops where we witnessed how silver jewellery is made from source (Nicki later bought a 98% silver ring at the market for next to nothing). We saw a silk factory and witnessed the Burmese Charoot cigars being made. Naturally we had to try and buy some. 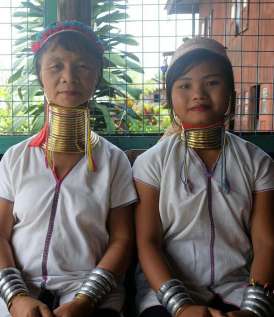 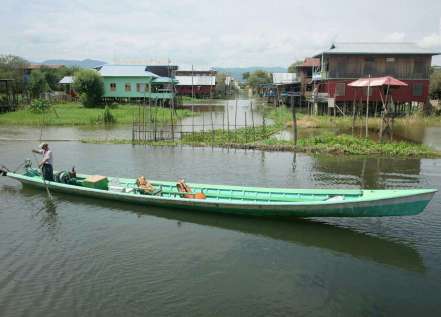 After a lake side lunch in one of the stilted house upon the lake we saw some women with metal rings on their necks. This was a little odd and made us feel awkward. However, it is a tradition in some parts of Asia, particularly Burma, where long necks are synonymous with  beauty. Every year a new ring is added to the neck of a lady until it gives the illusion of a long neck. We picked up some of the rings and they weren’t light. Yet, the woman we met seemed to be very happy.

We returned on our boat back to the village and reflected on a very nice, and thought provoking, day upon Inle Lake.

Our next stop was Bagan. And this time we travelled in the comfort of an airplane, rather than a night bus. Myanmar have air travel the way it should be – quick and easy. It was just like catching a bus. We turned up, checked in our bags and boarded the light aircraft. I suspect that this was how air travel used to be before the security was (rightly) heightened up. 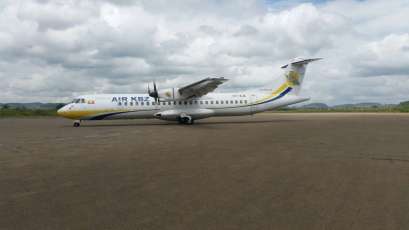 We arrived in Bagan and checked into our hotel before midday. We suffered an early afternoon downpour so we took advantage of a rest in our hotel before renting an e-bike to ride around the ancient pagodas of Bagan. I was the designated driver and Nicki sat patiently on the back of the bike. I have driven my e-bike in China under stressful, lawless conditions so the peacefulness of Bagan was welcomed (although Nicki wasn’t so sure). We spent the afternoon exploring some of the 2000+ pagodas around Bagan. Unfortunately some of them have been damaged in a recent earthquake, but this hasn’t reduced their beauty.

After eating in a shack offering local cuisine with a smile we headed towards one of the few pagodas which allow visitors to climb beyond the first tier so that we were well positioned for sunset. Here we experienced the spectacular arial view of the pagodas and the untampered fields that surround them. We agreed to return in the morning to witness the sunrise, and we were not disappointed! 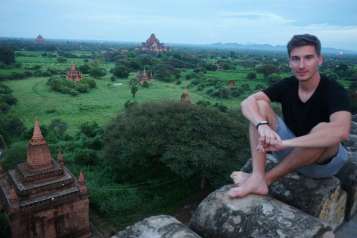 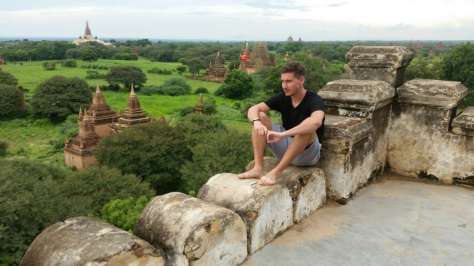 Despite spending some of the evening swimming in an outdoor pool, we set our alarms for 4:30am and jumped on our ebike in order to arrive at the pagoda for 5:30, and therefore sunrise. Looking back, it was all slightly surreal but that may be because I had never seen anything like it. Nicki and I have been lucky enough to have a few of these moments in out time together. We were waiting an age for the sunrise and after the sky became brighter we thought it had occurred behind the clouds, only for the sun to peer over the horizon and dazzle us with it’s beauty. We then returned back to our hotel to catch up on our sleep.

Our week in Burma ended with a return to Yangon where we attempted to take the 3 hour circular train around the suburbs of the city and see it in working action. Embarassingly, I had to whisper to Nicki that I needed to leave the train a few stops in (I hadn’t shaken off my Burma Belly) and ran down the platform to find a hell-hole of a toilet. Nicki is fantastic enough not to judge me for it.

And so we spent our final evening dining on Burmese cuisine and reflecting on another brilliant trip away.